The 10 most lucrative New York City office leases signed in 2015 are expected to bring landlords more than $4.6 billion in revenues over the life of the deals, according to a new analysis by The Real Deal with data from commercial real estate research firm CompStak.

Midtown, which ranks as the 10th-priciest office market in the world, saw the greatest concentration of the city’s big-ticket deals, taking seven spots on the list. 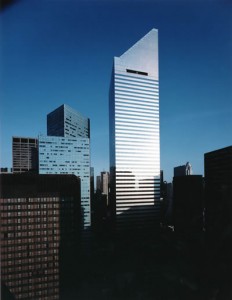 Global law firm Kirkland & Ellis’ 400,000-square-foot lease renewal at 601 Lexington Avenue ranks as the most lucrative office lease of 2015 – with the 20-year deal expected to generate around $1.1 billion in rent for the landlords, Boston Properties and Norges Bank. Kirkland & Ellis will pay rents starting in the $90s per square foot, CompStak data show, for the right to remain at the 59-story, 1.6 million-square-foot tower. The law firm is exchanging some of its lower floors for higher floors as part of the early-renewal deal, in which it was represented by Savills Studley.

The second-most lucrative deal of the year – and the most expensive new lease by some distance – also featured a prominent law firm: Skadden, Arps, Slate, Meagher & Flom, which will anchor Brookfield Property Partners’ new 1 Manhattan West office tower on the Far West Side.

The 20-year, 545,000-square-foot lease allowed Brookfield to kick off construction on the planned 67-story, 2 million-square-foot building, which is looking to capitalize on the extensive redevelopment in the Hudson Yards area. The deal is expected to generate $915 million in rent for the landlord over the term of the lease, with Skadden Arps’ starting rent in the mid-$70s per square foot, according to CompStak.

JLL represented Skadden Arps in the deal, agreed in the second quarter of this year, while an in-house Brookfield team partnered with Cushman & Wakefield on behalf of the landlord.
Skadden will relocate from its existing headquarters at the Durst Organization’s 4 Times Square.

Global advertising agency Publicis Groupe’s massive 580,000-square-foot renewal at Rudin Management’s 1675 Broadway was third on the list. The 15-year deal is slated to bring around $611 million for the Bill Rudin-led firm, with Publicis paying starting rents in the mid-$60s per square foot.
Publicis will continue to anchor the 35-story, 750,000-square-foot tower through 2031 after agreeing to the renewal. Byrnam Wood represented Publicis, while Rudin was represented in-house. 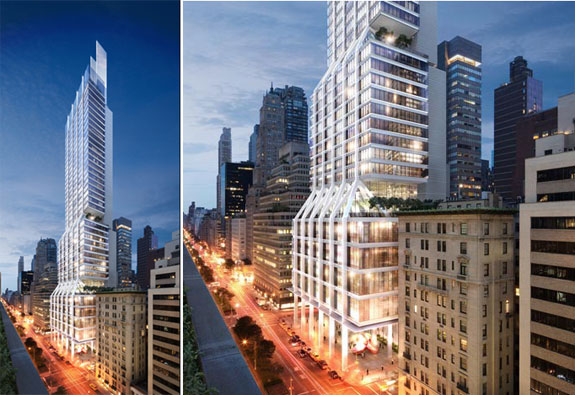 *Renderings of 425 Park Avenue in Midtown (credit: DBOX for Foster + Partners)
Citadel, the Ken Griffin-led hedge fund, made headlines earlier this year when news broke that it would be [paying a record-breaking $300 per square foot](http://therealdeal.com/blog/2015/09/14/425-park-sees-record-300-per-square-foot-rent-deal/) for its office space at 425 Park Avenue. But that astronomical rent is only for the L&L Holding-developed building’s penthouse — Citadel will be paying in the mid-$170s per square foot on average for its nearly 200,000-square-foot office, in a deal that’s valued at just under $500 million, according to CompStak.

“It’s blue on the Monopoly board,” L&L CEO David Levinson said of 425 Park earlier this year. “No one has created something like this.”

Fifth on the list is Chanel’s 230,000-square-foot expansion at Sheldon Solow’s 9 West 57th Street. The deal is worth $415 million to the landlord over its 15-year term, with starting rent in the mid-$110s per square foot, per CompStak data. JLL handles office leasing at the 50-story, 1.3 million-square-foot property.

The deal is valued at $255 million, with starting rent in the high-$80s per square foot. BCG was represented by CBRE, while the landlord was represented in-house by Related in partnership with CBRE.

*From left: WeWork's Miguel McKelvey and Adam Neumann and rendering of 1460 Broadway in Midtown*
Shared workspace giant WeWork makes an appearance at seventh on the list thanks to its [180,000-square-foot deal at 1460 Broadway](http://therealdeal.com/blog/2015/04/07/wework-inks-lease-at-1460-broadway/), which is owned by Himmel + Meringoff and the Swig Co. The deal is worth around $223 million over the roughly 20-year term, at starting rents in the mid-$50s per square foot. CBRE represented WeWork in the deal.

Bloomberg’s nearly 255,000-square-foot deal at SL Green Realty’s 919 Third Avenue is worth $220 million to the city’s biggest office landlord, per CompStak data. The 15-year deal, which sees Bloomberg take eight floors at the 47-story, 1.5 million-square-foot Midtown building, has starting rents in the high-$50s per square foot. CBRE represented both sides of the deal.

The Associated Press is downsizing and moving Downtown, in a 172,000-square-foot, $202 million deal with Brookfield at 200 Liberty Street, part of the Brookfield Place complex. The AP will leave another Brookfield building, 350 West 33rd Street in Midtown, where it had 40 percent more space. A Savills Studley team represented the AP in its move, while Brookfield was represented in-house.

J. Walter Thompson’s 10-year renewal at RXR Realty’s 237 Park Avenue, which clocks in at just under $200 million, completes the list. The ad agency agreed to remain in its 270,000-square-foot space at the Midtown office building, with starting rents in the high-$60s per square foot valuing the deal at $192 million. CBRE represented the tenant in the renewal, with RXR represented in-house.

By David M Levitt on March 11, 2016. Landlords looking to `meet' market after 5 years of increases SL…

By Scott Klocksin on October 23, 2015. This year’s on track to smash commercial real estate records in…