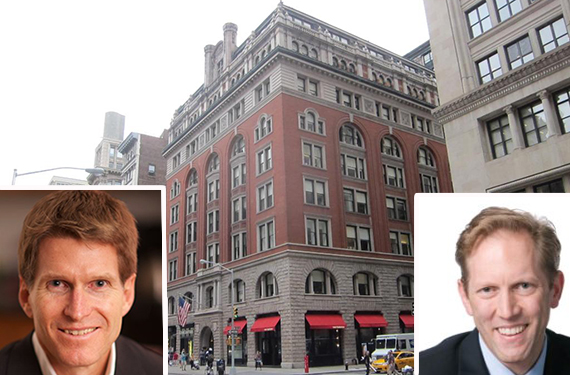 You’ll never believe what this media company that sold for hundreds of millions of dollars is up to.

Business Insider, the rapidly-growing news site known for its catchy headlines and aggressive coverage of the business world, is in the market for a new headquarters in New York City.

Sources said the company, valued at $442 million in September after German publisher Axel Springer bought a controlling stake in it, is looking for about 70,000 square feet, targeting Midtown South and the Penn Station area.

Business Insider currently occupies about 41,000 square feet at L&L Holding Company’s 150 Fifth Avenue in the Flatiron District. It subleases that space from music publisher EMI Group, whose net lease on the entire building is set to expire in 2018.

JLL’s Bill Peters, who is representing Business Insider in the hunt, did not respond to requests for comment.

L&L is said to have plans to reposition the Fifth Avenue building once EMI’s lease rolls. Business Insider, launched in 2007, first moved into the building in 2013 when it [signed a sublease](signed a sublease) for a little more than 20,000 square feet.

Just a few months later the company took another full floor doubling its space, as The Real Deal originally reported, with both deals getting inked in the mid-$40s and mid-$50s per square foot, according to CompStak.

Published on April 28, 2016. The commercial real estate industry has always been slow to adapt to technology, but…